Indigenous Vegetables, also commonly referred to as African Leafy Vegetables (ALVs) are in their hundreds in Africa and vary within countries depending on market demand and there nutritional value. The most common varieties in Kenya include African Nightshade (managu), amaranthus (terere), spider plant (saget) and slender leaf (mitoo) among other popular traditional vegetables.

An impact assessment in the last year of the project revealed that 70% of the project beneficiaries were women, and 12% youth farmers. The most sought service by farmers was agricultural extension: 85% by women and 71% by men. Adoption levels of ISFM technologies had markedly increased, for example, organic manure use was 303 Kg/ha at baseline and after the project, 543 Kg/ha. Additionally, farmers were planting certified maize seed (Tego W1101 hybrid) and many women (81%) were planting soybean.

Average yields had improved from baseline, 4.3 t/ha for maize and 1 t/ha for soybean. 18% of farmers had successfully accessed external markets for maize and a larger number sold locally. An impressive 55% of targeted farmers had adopted post-harvest management by using hermetic bags to store their grain chemical-free.

“I grew up on these vegetables. They were like medicine to me. I had an idea that they had medicinal value, but the information was mostly anecdotal. I left Kenya, went overseas to study and was away for almost 6 years, coming back only once during that time. Upon coming back, I resumed eating the vegetables, I could see how valued they were yet they appeared to be disappearing. In mid career, I developed a strong interest in African dishes when I was teaching a course…Experimental Foods…of mostly mature female students. I got them to each standardize about 3 to 4 recipes of their indigenous dishes. These same students interested me into researching into African leafy vegetables. I went to western Kenya and followed these vegetables from the field, to packing in gunny bags and taking to the railway station in Butere, putting on the train for a 12hr journey to Nairobi. I then went to observe the vegetables as they got offloaded from the train, and as the traders, mostly women sorted them, I could see more than half of the shipment was shriveled, and spoilt and virtually unmarketable. I followed them to the market where they were displayed in the sun, quite expensive by now and wondered what kind of value chain this was. What could be done about it?

That is when I started to look for funds to get started researching into different facets of these highly valued African leaves.”

Rural Outreach Africa (ROA) partnered with JJ Foundation of United Kingdom in the double phased 2-year projects of Indigenous Vegetable in Butere Division, Western Kenya starting 1997. The JJ Foundation (one of the 19 Trusts under the Sainsbury Family Trusts in the UK) accepted to fund the second phase from 2001 due to satisfactory results ROA delivered in the first phase.

The project sought to:

The project supported and strengthened ALVs enterprises using a market-driven, community needs-based approach that brought together stakeholders on the value chain.
Focus also ensured better and accessible ALVs seeds of good quality, value addition and marketing activities. Productivity of the nutrient rich vegetables improved abundantly, and so did post-harvest handling. Small scale value addition activities not helped in reducing losses but also boosted earnings from the sales. This project impacted positively on the nutritional knowledge of indigenous vegetables among the locals.

The project facilitated purchase of drip irrigation sets for three farmer groups; Indukusi, Sunshine and Emupongo. The use of drip irrigation was designed to boost indigenous vegetable production especially in dry seasons when vegetables are generally in short supply. The sets were meant to help the groups to produce during dry season and fetch better price for their vegetables. This would educate other farmers on the need to utilize irrigation technologies to improve the production of indigenous vegetables.

Our approach primarily bridged the information gaps and empowered smallholders who operated in farmer groups. We would sensitize the consumers of African Indigenous vegetables on their nutritional value. We cooperated with government authorities, produce marketers, retailers and small scale processes whom we would guide through new creative technologies such as solar drying among other post-harvest handling. The whole community benefited from sensitization on issues related to food, nutrition, health, income opportunities, and gender equity as we created a robust and commercial value chain in African Leafy Vegetables.

The first phase (1997-1999) presented an opportunity for smallholder farmers to improve their family nutrition, Good Agricultural Practices (GAP) and marketing activities of African Indigenous Vegetables and as result enhancing incomes.

ROA is a partner in the implementation of the Global Environment Facility (GEF) and Alliance for a Green Revolution in Africa (AGRA)-funded Sustainable Land Management (SLM) project, in Kakamega, Vihiga and Nandi counties of Western Kenya.

The Alliance for a Green Revolution in Africa (AGRA)-funded soil health project dubbed Integrated Soil Fertility (ISFM) was implemented from 2011 to 2014 for phase one, and 2015 to 2018 for phase two.

A pilot research project looking at human-centred design approaches in addressing the labor burden of ageing smallholder farmers in Kenya by improving the design of farming tools.

The Food Security and Nutrition Improvement intervention in Western Kenya came at a time when the country was reportedly 400,000 MT in deficit on the main staple crop. This resulted from the fact that 4 million people were in dire need of food aid after the country was hit by its worst drought in 37 years and was expected to worsen.

The project was initiated in 1998 with the generous support from the Headley Trust, UK ( one of the Lord Sainsbury’s Trusts) and it envisaged to ensure that: community members from Butere/ Mumias district access clean potable water, better health and sanitation, clean environment, and better protected and utilized riverbeds.

ROA in collaboration with Gatsby Foundation-UK set up the Shikunga HIV/AIDS Resource Center in 2003 in Butere sub-county. This was a community-initiated project derived from the need by the local community project management committee to respond to challenges posed by the HIV/AIDS pandemic.

In October 2018, ROA distributed sanitary pads to girls in a few schools in Kakamega County as a menstrual hygiene intervention to reduce school absenteeism. ROA staffs Doris, Makeba and Andala presented 99 packets of pads to classes 7 and 8 girls in Emukangu primary school.

Together we can alleviate poverty, empower economic growth and restore human dignity in rural Africa 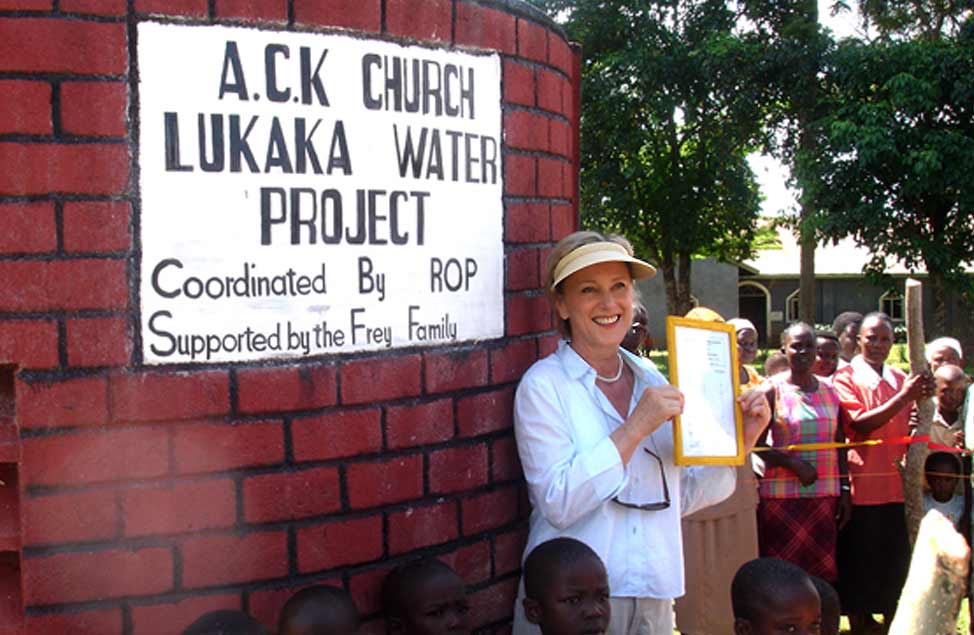 Help us carry out our programs 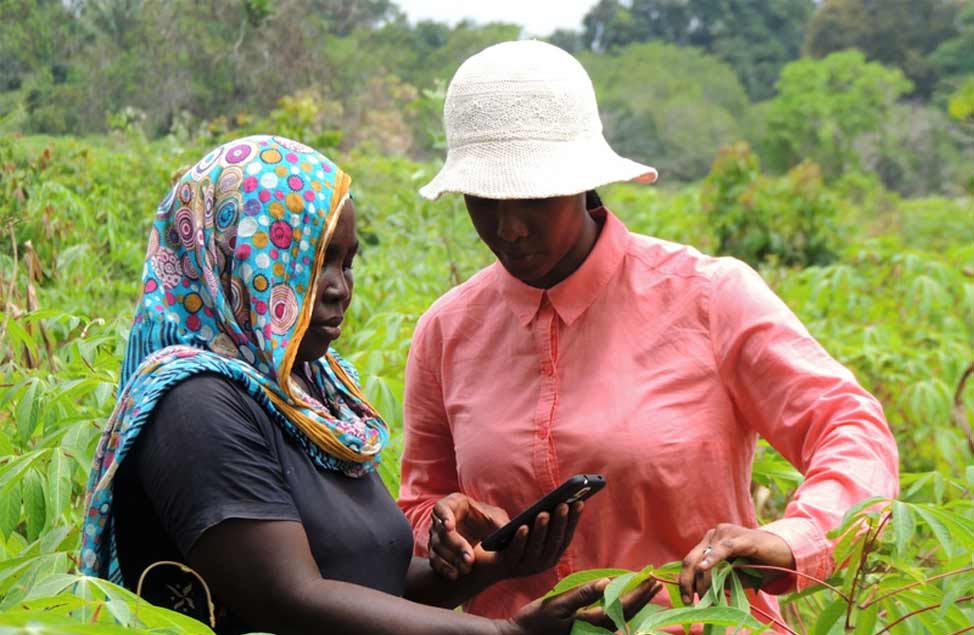 Help us avail research capacity to those who need it 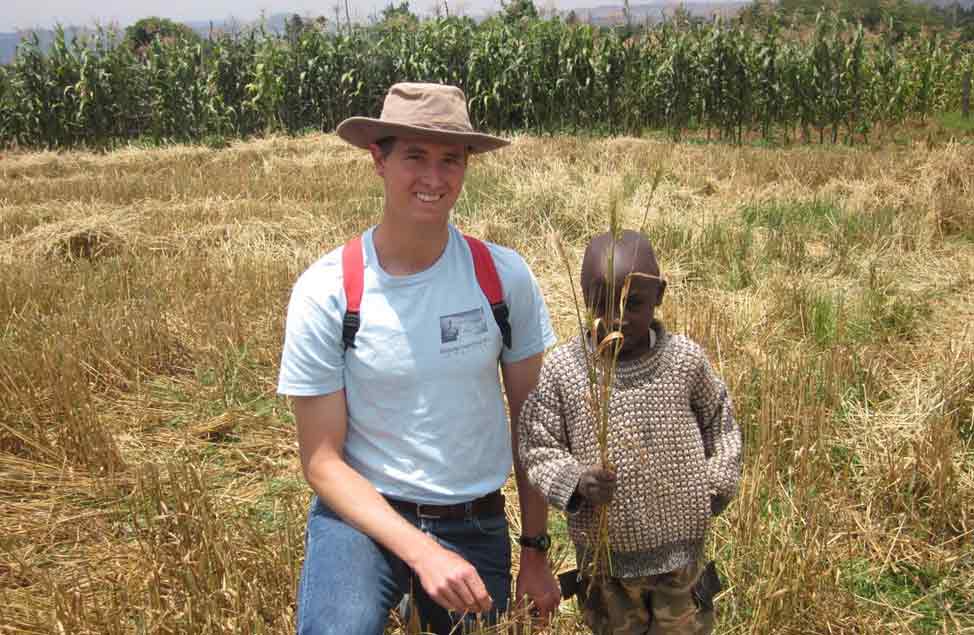 Help us extend our presence on the ground